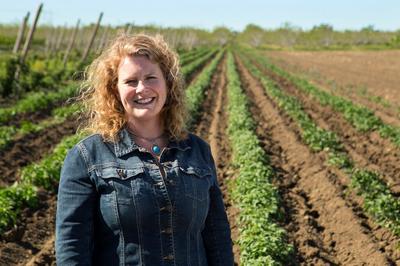 We’re super excited for our first Farm-to-Table-themed International Food Blogger Conference later this year, and you must be too as we’ve already sold 50% of our capacity! If you haven’t signed up yet, don’t miss this exciting event (you can register here). We’ve sold out the last four years, so don’t wait to register. We’re still hard at work creating what is sure to be a spectacular line-up of speakers, excursions, tastings and more, so be sure to check back here for updates or tune in to our IFBC Facebook Group(Not a member yet? You can join here).

Get $50 OFF your International Food Blogger Conference registration until December 31! That’s just $145 (blogger rate) to attend the best food blogger conference! Don’t miss out of this amazing event. This year we’ll be hosting the first Farm-to-Table IFBC in Sacramento, California – considered the Farm-to-Fork Capital of America. Register here and enter EARLY as your discount code.

–A grand Saturday dinner featuring local food products from Sacramento, tentatively scheduled to be outdoors on the street outside the host hotel

–Excellent rate of $149 at the host Hyatt RegencySacramento, an AAA Four Diamond luxury hotel considered one of the best in the city

—Outstanding air connections from Sacramento International Airport, only 12 miles away

Register here and enter EARLY as your discount code!

We hope to see you there!