IFBC17 is just around the corner. If you haven’t registered for the conference yet, don’t miss out.

The below post comes to us from IFBC17 sponsor, Sacramento International Airport. If you’re joining us via the airport, make sure to check out their new concession offerings. 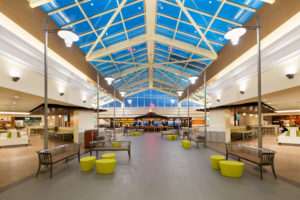 It’s safe to say we are truly in an airport concessions revolution. Sacramento International Airport (SMF) will celebrate its 50th birthday on October 21st and out of the many ways the airport has evolved over five decades, the concessions choices are certainly one of the most dramatic.

“When we began concepting the concessions for the new Terminal B, we wanted them to mirror Sacramento’s food culture, which was just beginning to reflect the Farm-to-Fork movement,” explained Laurie Slothower, Communications and Media Officer for Sacramento County Dept. of Airports. “Now that we’ve completed our concessions renovation in Terminal A as well, we are proud that both of our Terminals’ offerings define a sense of place and reflect the cuisine and rich food ethos of the Sacramento Valley.” 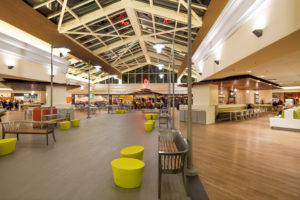 Airport concessions have come a long way from a singular coffee shop between terminals, or a generic bar/restaurant and a few mainstream fast-food outlets. Trends in airport design have opened up the opportunity to develop more creative dining concepts.

According to Frank Sickelsmith, HMSHost’s vice president, adult beverage and restaurant development, in an October 2016 Airways magazine article, “Airports have changed and their design has followed that. But as airports change aesthetically, brands have changed too. And what we do in airports now is representative of what’s already in cities. It’s sort of a smaller version of what’s happening in the city and that’s pretty cool.” 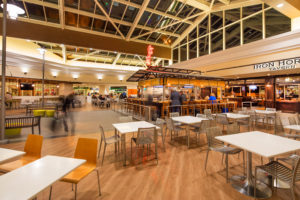 “In the early days of airplane travel, the entire experience surrounded the glamour of flight, the meals, the excitement of being at the airport. Now with air travel hampered by increasing security demands, crowded planes and no complimentary in-flight meals, concessions play a much more important role in the air travel experience,” added Slothower. “We hope that our design and concessions planning have now made Sacramento International Airport travelers look forward to enjoying a meal as a part of the travel ritual, including arriving early at the airport!”