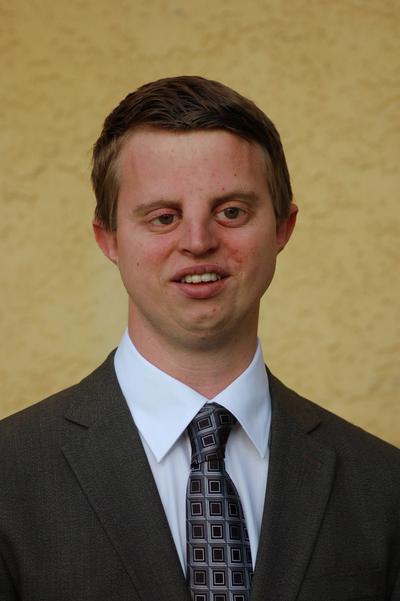 Henry “Hoby” Wedler is a blind fifth-year Ph.D. candidate at the University of California, Davis, founder and director of the nonprofit Accessible Science, and host of truly blind wine, beer and food tasting experiences. Hoby grew up in Petaluma, California where early on he fell in love with beautiful Sonoma County.   When he’s not busy working towards his Ph.D. in organic chemistry or leading his blind or visually impaired chemistry camp students in conducting lab experiments through touch and smell, he turns his attention to food and drink – where he’s most passionate about flavor, accurate flavor descriptors, and how flavor and aroma relate to science.

In May of 2012, Hoby was one of only fourteen individuals honored at the White House as part of President Obama’s Champions of Change program, for leading the fields of science, technology, engineering, and math (STEM) for people with disabilities.  The Champions of Change program was created as a part of President Obama’s Winning the Future initiative that recognizes outstanding individuals for the work they are doing to serve and strengthen their communities.

Blind since birth, Hoby was inspired by programs offered by blind role models in high school and with encouragement from professors, colleagues and others, he gained the confidence to challenge and refute the mistaken belief that STEM fields are too visual and, therefore, impractical for blind people.

Hoby founded and teaches at an annual chemistry camp held on the summit of Mount Veeder for blind or visually impaired high school students. Accessible Science just held its sixth annual chemistry camp where they hosted students from as far away as Maryland. Chemistry Camp demonstrates to the students, by example and through practice, that their lack of eyesight should not hold them back from pursuing their dreams.

Hoby has hosted his Tasting in the Dark, a completely blinded wine tasting experience at the Francis Ford Coppola Winery and other Napa-Sonoma wineries for over five years. Hoby has also brought this experience to consumers and key markets throughout the nation as a sales consultant to Francis Ford Coppola’s sales team. The surprising and enlightening wine tasting, where guests are blindfolded and led to the location of the tasting, explores how flavors and aromas in wine are accentuated when experienced in complete darkness. Hoby believes that when a sighted person is in complete darkness, he or she feels more vulnerable and his or her senses become more heightened because vision is not a distraction, bringing out more flavors in a food or beverage. Over the past three years, Hoby has worked as a consultant wine educator and sensory specialist.

In 2013, Hoby partnered with Sierra Nevada Brewing Company to host beer tasting in the dark, “Sightless Sipping” for their national sales team. This event, similar to blind wine tasting, allows guests to enjoy beer at an entirely new level. Since 2013, Hoby has hosted many blind beer experiences at Sierra Nevada Brewery in Chico, at the Robert and Margaret Mondavi Institute for Food and Wine at the University of California Davis, as a special seminar at the Culinary Institute of America, and at tap rooms nation-wide. Hoby also leads wine, beer, and food tastings as corporate team building and motivational exercises.

Hoby will co-host the Blind Tasting session with the UC Davis Olive Center on Saturday, July 30 at IFBC.