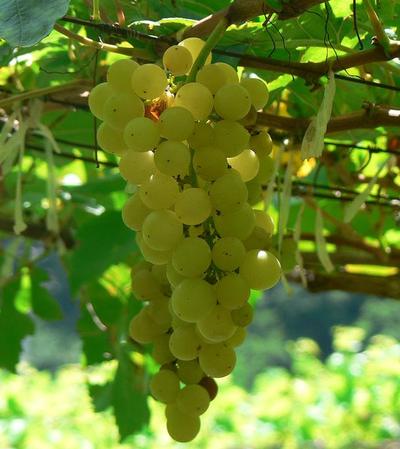 The Clarksburg appellation (AVA) – known as the “Gem of the Delta” and only 20 minutes from downtown Sacramento – produces some of California’s most renowned wine grapes planted on more than 7,000 acres and encompassing over 35 varietals. The same cooling breezes from the San Francisco Bay that influence the Napa and Sonoma valleys from the west ensure a slow, even growing season, placing the Clarksburg appellation among California’s premier wine growing regions. In fact, many of Napa and Sonoma’s most renowned winemakers have been coming to Clarksburg to buy their wine grapes since the 1970s. Uncrowded and unspoiled, Clarksburg features beautiful landscapes, country roads, quaint wineries and tasting rooms that transport visitors to an entirely different environment.

Clarksburg Wine Company
The Clarksburg Wine Company, established in 2010, is located in the historic Old Sugar Mill in Clarksburg, California. They are focused on producing a range of full-bodied red and aromatic white varietals that bring out the best of the characteristics that distinguish the local wine growing region. The region is best known for growing some of the best Chenin Blanc, Petite Sirah and Cabernet Franc grapes in all of California.

At the Taste of Sacramento Culinary Fair at this year’s IFBC, you’ll have a chance to taste four of the distinguished wines from the area. If you have time after the conference, be sure to stop by the Old Sugar Mill to sample more of the Clarksburg appellation’s delicious wines.

The concept of Due Vigne di Famiglia began to evolve over 30 years ago when Ken Musso became fascinated that his father and grandfather made a substantial amount of wine in the basement of a landmark mortuary in San Francisco. Winemaking became even more intriguing when Ken’s cousin’s discovered a few bottles of his grandfather’s last vintage in their basement, the 1937 Zinfandel. It was then that Ken knew it was his destiny to carry on the family tradition.

In 1973, Ken Musso began a career in firefighting that would span three decades and put any thought of commercial winemaking aside until Due Vigne came to fruition in 2004. But during those years the passion remained. Even as a relatively new firefighter in 1975 Ken brought his first load of Zinfandel home from Sonoma in the trunk of his dad’s car and fermented them in the garage. The wine was a great success among family and friends and Ken decided he would look for more grapes, hopefully those that he could farm himself.

Ken continues to make wines for family and friends consecutively for thirty vintages while honing his skills as a winemaker through classes and seminars at UC Davis and other educational venues. In 1995 Ken and his wife Ann would purchase a five-acre parcel of land in Garden Valley, California to finally plant their Gold Medal Nebbiolo, Dolcetto and Barbera.

Elevation Ten Winery is a small production winery – the ambition of three local families – pays tribute to the love of family, friends and the special town of Clarksburg, where our commitment to community runs deep. The Clar, DiMare and Wallace families named the winery after Clarksburg’s elevation – ten feet above sea level. Their winemaker Marco Cappelli believes wines should express flavors and characteristics unique to their vineyard or origin. The wines are meant to toast every day occasions or accompany the most memorable celebrations with family and friends.

The winemaker philosophy behind “three” is the dirt, the micro-climate and sustainable wine-growing (from vineyard to bottle) form the cornerstone of good winemaking and is in every bottle ‘three’ produces. Three Wine Company is much more than a business. It is a family winery focused on Sustainable growing, coupled with a hands-on wine experience. Winemaker Matt Cline is a 30-year veteran of the business and still personally samples each of the vineyards used in making their wines. Erin Cline is Matt’s wife and business partner and the tasting room general manager as well as manages online sales and business. Theirs is a true collaborative partnership on everything from names and labels to upcoming varietal productions. Three has a passion for preserving and educating on the historic varietals to California such as Zinfandel, Mataro and Carignane. In 2014, Cline, an alliance with the City of Oakley, and a large group of environmental and historical enthusiasts stood up to the State of California and saved a historic and high-quality vineyard. Grapes from this vineyard are found in “three’s” Lucchesi Carignane and blended in Zinfandels in small percentages.

Originally built in 1934 as an operating beet sugar refinery, the Old Sugar Mill now hosts eleven unique wineries offering varietals from all over Northern California. Zinfandel, Cabernet Sauvignon, Barbera, Tempranillo, Chardonnay, Chenin Blanc and Sangiovese are just a few of the featured wines. Located in the heart of the Clarksburg AVA, and just 15 minutes from downtown Sacramento, the Old Sugar Mill is the premier destination for enjoying world class wines with friends and family. Complete with picnic grounds that are dog and family friendly, the Old Sugar Mill is a perfect venue for your next wine trip. Four of the winery hosts for the IFBC excursion to Clarksburg have tasting rooms at Old Sugar Mill. They are Elevation Ten, Clarksburg Wine Company, Due Vigne di Famiglia and Three Wine Company.